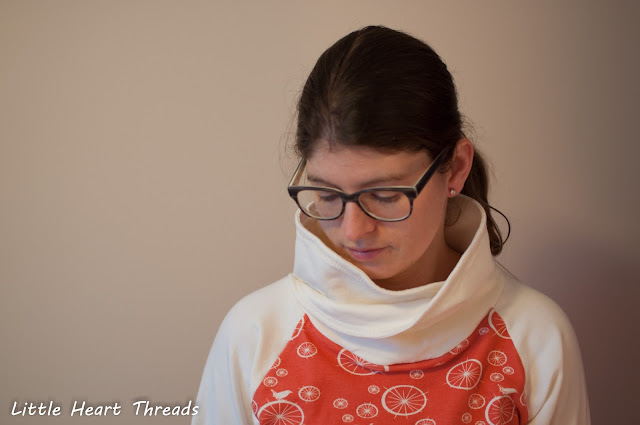 I want to introduce you to my FAVORITE hoodie. (well technically it's a pullover because it has both an option of a hood as well as a cowl, but you get the idea...) I was planning to review the hoodie here for the SewLong Summer Blog Tour but honestly, the Metro Pullover is well drafted like all SS&G patterns, I love all the options, and i've made a tonne of them... so instead, I present you my Metro timeline. 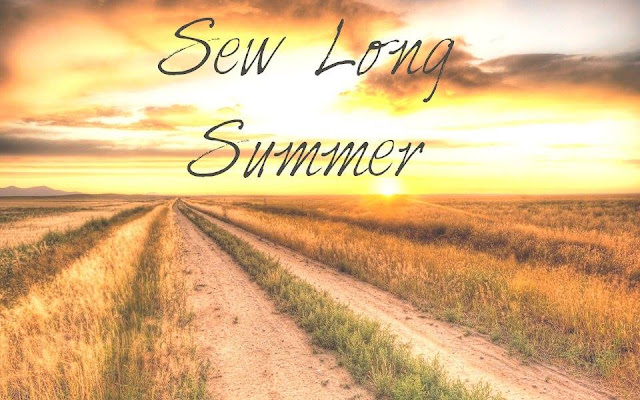 I pattern tested the Adult Metro Pullover from Sew Straight and Gather back in December 2015. I absolutely love the first cowl version that I made out of birch organic interlock and a soft cotton lycra french terry. Since it was almost Christmas, I decided to give that version to my soon to be sister in law. I love how the pattern test turned out and I even managed to get a pic featured in the pattern! 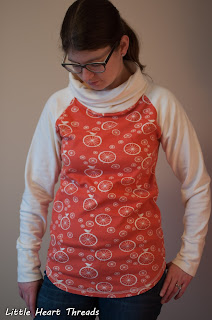 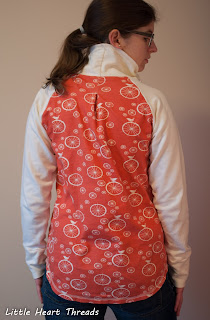 Well, I was pretty sad to give away my first version so I splurged and bought some gorgeous soft bamboo french terry in a deep purple and light grey from my favorite local fabric shop - Marshall Fabrics.  I made up this version pretty quickly after Christmas (my Instagram post is Dated Jan 3, 2016). I absolutely love this version and still wear it. Often. 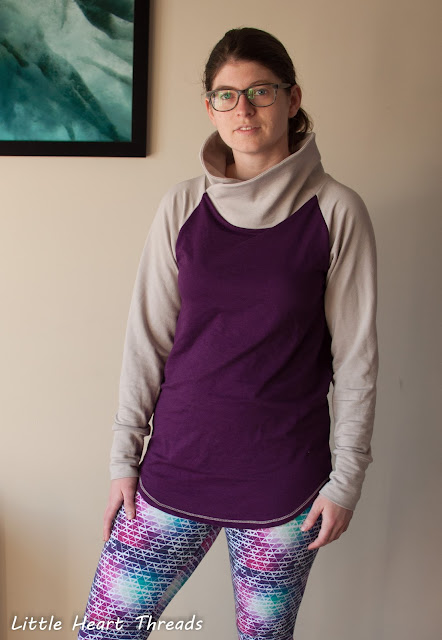 Fast forward to a fabric strikeoff from Black Rabbit Fabrics. When this strikeoff arrived, it was just asking to be made into a Metro Hoodie. Since I hadn't yet made the hooded version I decided it was time to make myself one. Unfortunately I used a lower quality solid french terry that I bought at fabricland for this once since it was all that I had on hand and there really wasn't any stretch to it. It knew it would fit my soon to be sister in law better than me so she got yet another Metro for Christmas. Incidently, I love these wintery sunny photos! 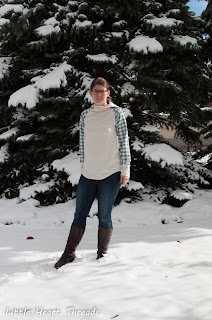 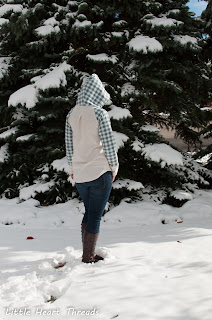 Next up I decided to try my hand at the kid's Metro. I actually bought it at the time it was released since it was 50% off (The kid's release coincided with the adult release). Fast forward to December 25th of 2016 and I finally got one made. I did an unlined hood with a binding around the opening. This Sky hoodie was waiting under the tree for a Sky obsessed 3 year old to open up! I also made the superhero one below. in March 2017 This one was a birthday gift for a dear little boy who turned 6! 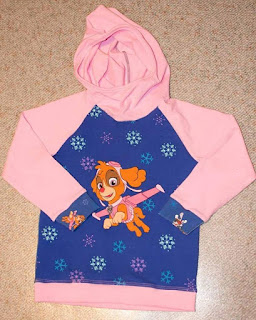 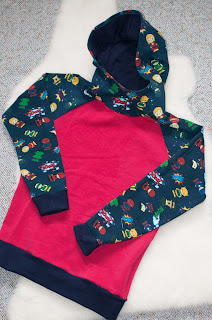 Lastly (and most recently) I made another Metro Hoodie for myself. This one was made in a gorgeous wintery cotton lycra strikeoff again from Black Rabbit Fabrics. I paired it with a navy solid and left off the pleat in the back (on accident but luckily it all worked out) 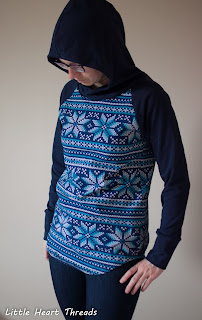 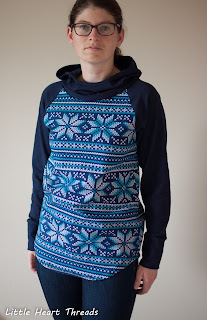 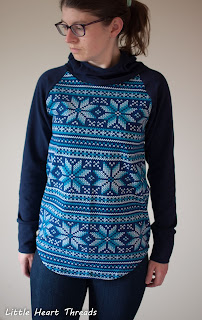 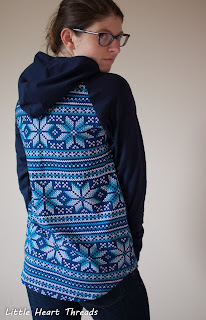 Go grab it, what are you waiting for?

Cheers! Michelle
(As always, come check me out on IG)